No events planned yet.

April 21, 2020 – Webinar hosted by ChardSnyder, BPC, and Swerdlin & Company:  COVID-19 and Its Impact on Health Plans, HSAs, and Cafeteria Plans

March 31, 2020 – Webinar hosted by OneDigital Health and Benefits:  $2 Trillion CARES Act – What’s in it for employers and the benefits they offer

March 24, 2020 – Webinar hosted by OneDigital Health and Benefits:  Families First Coronavirus Response Act – What you should do and by when?

September 9, 2019 – UBA Compliance Summit:  An Ounce of Prevention is Worth a Pound of Cure (COBRA, Nondiscrimination Testing)

September 11, 2019 – Webinar hosted by EBIA (Thomson Reuters):  Common Mistakes and How to Fix Them: Cafeteria Plans, Health FSAs, and DCAPs

August 6-8, 2019 – Annual Symposium hosted by ECFC:  Educational Session – Are You My Employer?

MARCH 26, 2015 – Region V; Annual Spring Conference; Affordable Care Act Requirements – Where You Are At and Where You Should Be; Austin, MN.

National Association of Professional Benefits Administrators; Webinar; Impact of Recent Guidance on the $500 Carry Over for Health FSAs: What You Need to Know; November 15, 2013

Minnesota Continuing Legal Education; How to Start & Build a Successful Law Practice; Panel Discussion:  Challenges in Starting Your Own Law Firm and How to Overcome Them; co-presented with Phil Gainsley, Dan Van Loh, and Lenny Segal (moderator); February 11, 2011.

Minnesota Continuing Legal Education; Employment Law Institute; What You Don’t Spot Can Hurt You:  Benefits Bites for Employment and HR Professionals; May 24 and 25, 2010.

Minnesota Continuing Legal Education; How to Start & Build a Successful Law Practice; Panel Discussion:  Challenges in Starting Your Own Law Firm and How to Overcome Them; co-presented with Phillip Gainsley, Marilyn Michales, Daniel Van Loh, and Eric Cooperstein (moderator); February 18, 2010.

Law Education Institute, Inc., National CLE Conference, “Stop-Loss: What It Is and What It Is Not,” Snowmass Village, Aspen Colorado, January 7, 2004, Darcy Hitesman

No events planned yet. 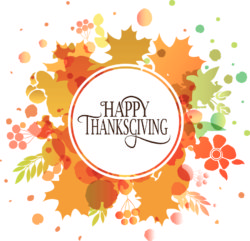 In recognition and celebration of the 2016 Thanksgiving holiday, we are adjusting our hours…

Thursday, November 24th
We will be closed for Thanksgiving

Friday, November 25th
Our office will be closed, but emails will be monitored.

Have a safe and happy holiday!